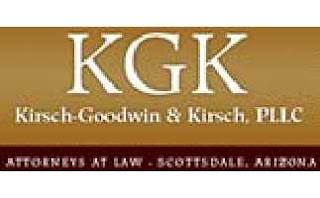 Posted by Kirsch-Goodwin and Kirsch at 12:47 PM No comments:

How does a school determine a student is eligible for a 504 Accommodation Plan?

Section 504 of the 1973 Rehabilitation Act contains a much broader definition of a student with disabilities than does the Individuals with Disabilities Education Act (“IDEA”), and thus protects students with disabilities who may not qualify for an IEP by guaranteeing them access to necessary accommodations during both instruction and assessments.  Students with a medical condition such as allergies, asthma, and attention difficulties may receive accommodations through the development of a 504 Accommodation Plan (a “504 Plan”).  The Americans with Disabilities Amendments Act (ADAAA) of 2008 increased the number of individuals who are eligible for protections and services under both the ADA and Section 504 of the Rehabilitation Act of 1973.[1]  An impairment in and of itself does not mean that a student has a disability.  There must be a substantial limitation on one or more major life activities, which results from the impairment, to be considered as a disability under Section 504 and entitling a student to FAPE.
In order to be afforded the protections of Section 504, a student must meet the definition of a person with a “disability.”  A student has a disability if he/she:
1.      Has a physical or mental impairment that substantially limits one or more major life activities; or
2.      Has a record of such impairment; or
3.      Is regarded as having such an impairment; and
4.      The impairment substantially limits a major life activity.
A school must make an individualized determination as to whether a student has a physical or mental impairment that substantially limits a major life activity.   In light of the ADAAA, the standard used to determine whether a physical or mental impairment substantially limits one or more major life activities is: whether or not “the individual's important life activities are restricted as to the conditions, manner, or duration under which they can be performed in comparison to most people.”  The impairment must create a significant barrier to the student’s ability to access the same educational opportunities afforded to students without disabilities. It is important to remember that “substantial” doesn’t really mean “substantial” since the ADAAA was passed.
Follow these steps:
1.      Convene a 504 eligibility team meeting.  Assemble a properly comprised 504 team. Such a team includes individuals who are familiar with and knowledgeable about the student, the evaluation data that the team will review and discuss, and the placement options if the student eligible.
2.      Conduct an appropriate evaluation.  Always draw upon information from a variety of sources.  A variety of sources could include teacher observations, aptitude and achievement tests, adaptive behavior assessments, and the student's physical/health/medical condition.   Schools must not rely on only one source of information, such as a medical doctor script saying the child needs a 504, or a parent saying their child needs certain accommodations.
3.      Apply the Section 504 eligibility criteria.  Eligibility under Section 504 is based on the evaluation where the student is determined to have a "physical or mental impairment" that "substantially limits one or more major life activities."  28 C.F.R. § 35.108(a)(1)(i). To determine substantial limitation, compare the student's ability to perform a major life activity to the average peer.  28 C.F.R. § 35.108(d)(1)(v).
Increasingly, parents may be requesting 504 Plans, or more accommodations on existing 504 Plans, so that their children can have accommodations for SAT testing or similar testing.  Upon receipt of these requests, schools should conduct an appropriate evaluation and apply the appropriate eligibility criteria to screen out students who are truly not eligible.
Arizona's Education Lawyers

[1] 42 USC 12102 (4)(A) states, "The definition of disability in this Act shall be construed in favor of broad coverage of individuals under this Act, to the maximum extent permitted by the terms of this Act." (Emphasis Added)


Posted by Kirsch-Goodwin and Kirsch at 12:42 PM No comments: