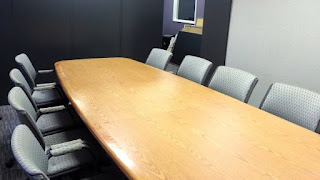 The IDEA protects students with disabilities in disciplinary proceedings that may result in long term suspension or expulsion. Suspension over 10 days in a school year requires a Manifestation Determination Review (“MDR”). A student with a disability (with an IEP) may be suspended for up to 10 school days in a school year without FAPE being provided.  Suspension for more than 10 school days is considered a long term suspension.

The implementing regulations of the IDEA, at 34 C.F.R. § 300.530(e), require that a school conduct an MDR when the decision is made to change a student’s placement because of a disciplinary infraction.  A disciplinary “change of placement” occurs for a student with a disability if: (1) The removal is for more than 10 consecutive school days; or (2) he student has been subjected to a series of removals that constitute a pattern because the series of removals total more than 10 school days in a school year; because the student's behavior is substantially similar to the student's behavior in previous incidents that resulted in the series of removals; and because of additional factors, such as the length of each removal, the total amount of time the student has been removed, and the proximity of the removals to one another. 34 C.F.R. § 300.536.

Exception: The student may be placed in an interim alternative educational setting for no more than 45 school days without a manifestation determination review IF the student carried or possessed a weapon at school, knowingly possessed or used illegal drugs, sold or solicited controlled substances or inflicted serious bodily injury on someone else while at school or on school premises or at a school function. 34 C.F.R. §300.530 (f) and (g).

In cases where the behavior is determined to have NOT been a manifestation of the student's disability and the disciplinary changes in placement will exceed 10 consecutive school days, the same discipline may be imposed on the student with disabilities as a student without disabilities. HOWEVER, the student with an IEP must be provided with a FAPE; special educational services to enable the student to continue participating in the general education curriculum, even in another setting and make progress toward meeting the student's IEP goals. Additionally, if appropriate, the student is to receive a FBA, behavioral intervention services and modifications to address the conduct so that it does not recur. 34 C.F.R. §300.530 (c) and (d).

If parents disagree with the outcome of the MDR, they may appeal by filing file a due process complaint.

Additionally, the public agency is not required to provide educational services during a long term suspension or expulsion to a student with a 504 that committed a violation that was determined not to be a manifestation of his/her disability.

Posted by Kirsch-Goodwin and Kirsch at 3:26 PM